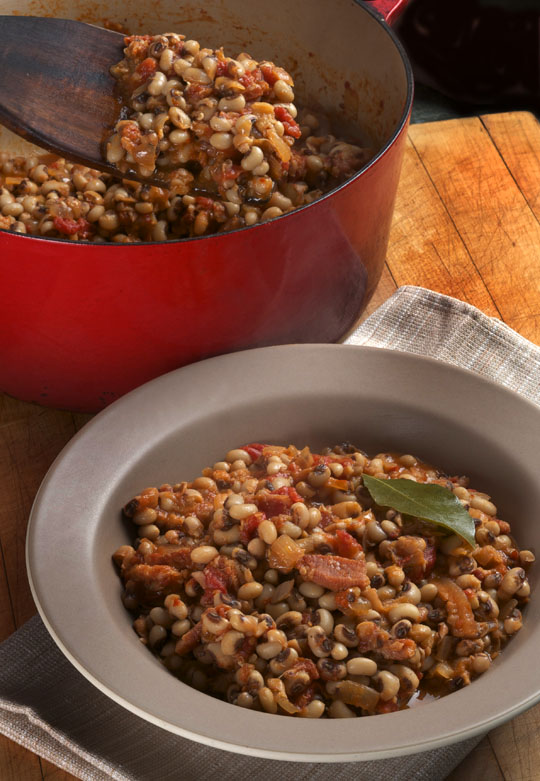 This Hoppin' John recipe is a dish from the American south featuring black-eyed peas, often included in southern food and soul food recipes, traditionally served on New Year's Day by those angling for good fortune all year long. I make Hoppin' John every year for this very reason (also, it's inexpensive, easy, nutritious and satisfying).  There are all kinds of variants (here's the wikipedia description of Hoppin John), but they all share three features that I think must be a part of the dish or it's not Hoppin John: black-eyed peas, smokey bacon, and some kind of heat.

I always include onion and I also always include tomato, which is not traditional but I think it gives great acidity and flavor to this bean dish.  This year I threw in some Mangalista guanciale because I could, and some cumin because I felt like it.  I'll serve it on New Years, with rice (rice is sometimes included in the dish—I like it on the side) and some chopped pickled chillis.

So happy New Year and may it be filled with good fortune, good friends, and good food!

Makes about 2 quarts of beans, which will serve about 15.