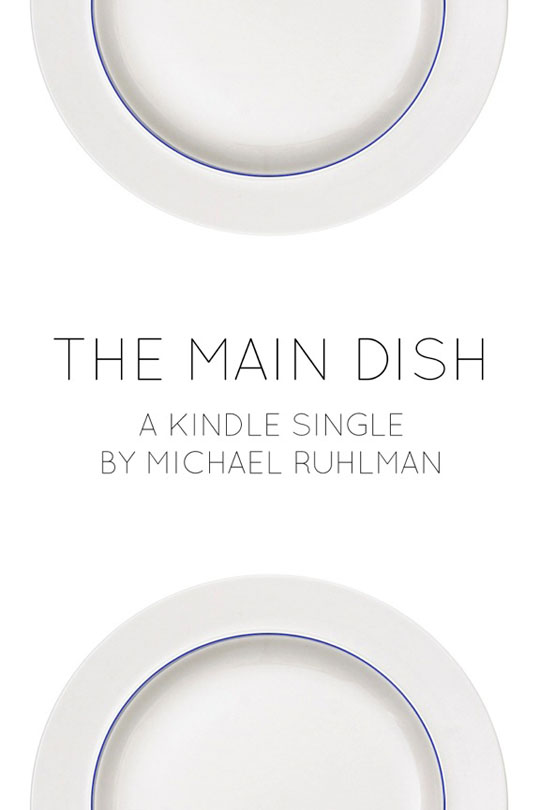 Ever since I read Anne Patchett's The Getaway Car, a short memoir on writing, I've wanted to write my own Kindle Single, a venue for fiction and nonfiction that's longer than a magazine story but shorter than a book. (The NYTimes reviewed the singles here.)

Any device running Android or iTunes can read Kindle books and Kindle Singles by downloading the free Kindle app. I've bought more Kindle books this year for my iPad than I have in the past five years in hardcover or paperback. I love to read on my iPad, and on my iPhone.

So here's my entree into exclusively digital space. I hope you'll have a look. It's a short memoir (10K words or about 35 manuscript pages), on how I got to where I am, a writer of food and cooking who never set out to do this work.

I'll let Jim Chambers, a Top 50 Amazon reviewer (retired engineer for Georgia's department of transportation, according to his bio), describe The Main Dish; his review, which he posted on Amazon, is a lot more interesting than anything I could come up with!

Would love to know your thoughts on Kindle Singles generally and on my nonlinear narrative on becoming a food writer.

Author Michael Ruhlman begins this fascinating mini-memoir with the words "I never intended to be a food writer." But a food writer he is, after following a very rocky road to success, being on the verge of bankruptcy several times while struggling to stay afloat and keep his marriage alive.

Today it's hard to remember when Food Network, the Cooking Channel, and cooking shows all across cable TV weren't so wildly popular. But Ruhlman began his writing career before all this, when it wasn't so easy to sell another cooking show on TV, much less a book about cooking. Trying to get permission to attend the Culinary Institute of America school in New York, and his harrowing drives through winter blizzards to get there were excruciatingly painful. Fortunately for all the foodies out there, he persevered and made it, with first The Making of a Chef (the CIA book that began as a book about cooking and morphed into the story of what you had to know to become a chef), followed by The French Laundry Cookbook, about cooking at a famous Napa Valley restaurant.

Along the way, Ruhlman left intriguing little tidbits about his life:

* At Duke University, in a writing course under celebrated author Reynolds Price, he learned about the key to home security systems (and no, I can't repeat it here!).

* As a 16-year-old, food had everything to do with losing his virginity.

* The part of a tuna you absolutely don't want to eat.

Today, with more than a dozen books about food to his credit, Ruhlman is at the top of his game, one of the best-known food writers in the world, and it's hard to believe that he never intended to be a food writer.

Kudos for a fascinating account of a food writer's long journey.

See also on The Huffington Post, my article "Is Food Writing Important?"