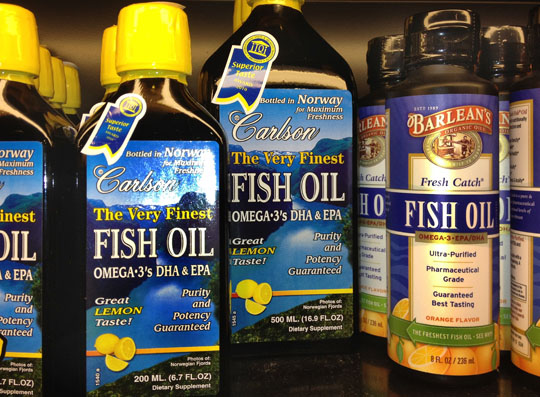 Last week's reports calling into question the benefits of fish oil pills pissed me off because they remind me yet again how utterly credulous (i.e., stupid) the general public seems to be about what is good for them and what is bad for them. I suppose it's not their fault given all the confusing messages media spreads through our culture. Just last night ABC Nightly News reported a new staggering health threat for our children. Watch the story here—click "New Major Health Issue." Diane Sawyer intones ominously, "The threat... iiis ... salt." Reporter Sharon Alfonsi then goes on to cite the damning evidence: Kraft Macaroni and Cheese, Ragu Tomato Sauce, and Captain Crunch. NOT ONCE DO THEY SAY THE THREAT IS PROCESSED FOOD!

NOT ONCE DO THEY SAY PARENTS ARE ADDING TOO MUCH KOSHER SALT TO THE WATER THEY'RE BOILING GREEN BEANS IN! OR, WHOA, EASY ON THE SALT IN THAT RATATOUILLE YOU'RE WHIPPING UP!

DIANE! SHARON! IS THERE ANYONE IN THERE?!

But fish oil is for adults—ostensibly affluent (willing to afford fish pills), well-educated adults who spend $731 million on fish oil pills alone and thinking they're staving off heart attacks and a premature death. Many companies, for purely altruistic reasons, surely, make them and sell them for good money, so they must be good for you. In fact, there is no proof of anything. This should be a wake-up call to be skeptical about all health claims, good and bad. Everything is individual, so I urge people to use their individual taste and common sense: pay attention to how your body responds to foods, and to eat real food that you or someone who loves cooks. That bag of Cheese Puffs tastes really, really good, but do you feel really, really good when the bag is empty and your mouth is ringed with orange slime? (I love Cheese Puffs, by the way.)

Do you feel good when you’ve had 6 ounces of beautifully grilled steak, baked potato with real butter, and a Caesar salad? I know I do. Yes, I’ve started splitting the potato with Donna so I don’t get too tubbo, but I feel good, and this is how I decide what to eat. Seared halibut with just-picked broiled tomatoes is fabulous, and you feel good afterward. Surprise!

I eat oats and nuts and yogurt for breakfast, occasionally a hard-cooked egg and a piece of cheddar cheese. I eat a wedge of raw cabbage and four carrots for lunch and a bit of whatever is left over from the night before (a fried chicken wing, a few bites of pasta). Last night for dinner, I had grilled chicken with half a baked potato and green beans with lemon zest and garlic; tonight, since we’re bursting with tomatoes, it'll be pasta with tomato, basil, and garlic.

That’s my probiotic diet.  And I can have each of those meals for less than the cost of a bottle of pills, which are not nearly so much fun to eat. 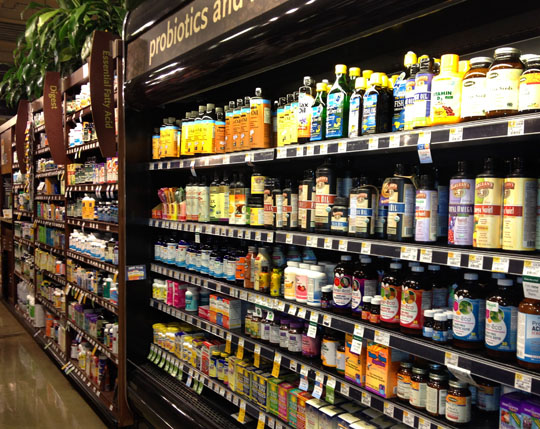 Probiotics. What the hell does that even mean? Latin for Pro-Life (part of the GOP strategy, perhaps?). I know what antibiotics are, and they were supposed to be uniformly beneficial, too, until we realized they were helping to create really scary bacteria that kill people.

I make my own yogurt, which I know has beneficial bacteria or it wouldn’t be yogurt. And I don’t suspect they’re bad for me and may indeed be beneficial (the definition of probiotic). But I don't believe I’m going to live to be a 120 like those people in the Dannon commercial. I eat it because I feel good afterward and it keeps me from being hungry all morning.

Many will claim some sort of level of this or that in their blood went down when they started taking fish oil pills, but I’ll bet anyone spending 15 to 20 bucks on a bottle of fish oil pills is also watching their diet and eating well. And that's why their numbers improved.

We've become so obsessed with health we're going to start making ourselves sick. In fact, we already have.