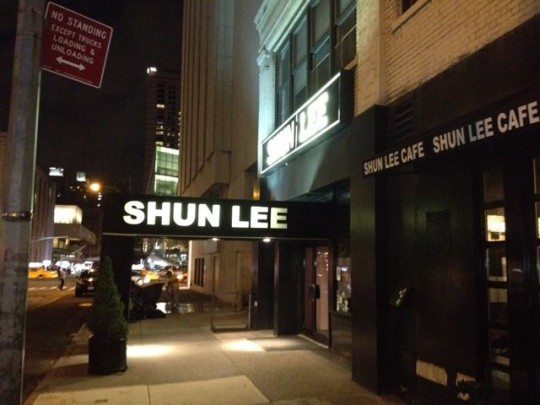 When I was a sophomore at Duke, 1982, I fell in love with a beautiful freshman on a delirious post-Dead-show spinning fall late afternoon on Duke’s main quad. We dated all that year and I moved to Manhattan to work for the summer as an intern at a magazine to be with her. Her parents took us to Shun Lee West, her favorite Chinese restaurant, a few blocks from Lincoln Center.  One of her father’s best friends was Arthur Gelb, managing editor of The New York Times, whom I met frequently throughout that summer. We talked about writing, and he electrified me with stories of reporting and the newspaper life. He was a galvanic newspaper man, lionized in Gay Talese’s The Kingdom and the Power, biographer of Eugene O'Neill with his wife Barbara, and discoverer of great artistic talents in downtown New York in the 1950s and '60s. He helped expand the paper's daily sections in the 1970s, especially its cultural reporting, and he was impossibly inspiring to a 19-year-old who wanted to be a writer.

By the end of that summer, 1983, I was headed to the University of Sussex, just north of Brighton, England, for a junior year abroad. Mr. Gelb, a lanky giant, squinting and blinking with his intense energy, told me I should submit travel stories since I’d be abroad. I was naïve enough to do so.

I left my girlfriend in NYC, holding back the morbid weeping till I was out of sight; I hoped it could last but knew it couldn’t, and it wouldn’t, and it didn’t.

I did report and write a story while at Sussex, my first—God, how lucky!—on Antwerp and the diamond industry. Stayed in a miserable hotel, the Hotel Florida, a dollar-a-night kind of place. Mr. Gelb liked it and passed it along to Travel, which bought it! My first story!

I got another story in to Travel while a senior at Duke and through this, and Gelb, secured a copyboy position at the Times, late summer 1985. The center of world news! The greatest paper on earth! David Sanger had just been made a reporter there and I had lunch with him and a few other young up-and-comings in my first days as a copyboy. Eric Schmitt was a clerk, and a kind friend. Bryan Miller was the well-respected restaurant critic. Michiko Kakutani was a relatively new book critic (also a Gelb protégé). Frank Rich, also propelled by Gelb, was the theater critic. Maureen Dowd was a rising political reporter. Abe Rosenthal was the editor. And Times Square was still the raunchy, seedy wonder of the 1970s.

And I, I was a 22-year-old night-shift copyboy, starting work at 7 pm, rushing when Chuck Strum on Metro or Paul Haskins on the National, hacking amidst the cigarette smoke that still filled the newsroom, shouted “COPY!” or, more terribly and quietly, the fearsome and legendary and brilliant Al Siegal, who terrified all (or at least me), until 3 am, when Barth Healey or another of the night editors called out the goodnight to the newsroom and we could all leave.

Newspaper work, and New York City in the mid 1980s proved not to be good for me, or me for it (though I got to interview and write about one of my artistic heroes, David Byrne). So I left to return to Cleveland, clear my head, write my first novel (never published), meet my wife (one of the great accidents of all time), and go off on a risk-fraught wonderful adventure of youth, that quickly turned more risky and fraught as time went by and my second novel didn't sell and I did not become Michael Chabon (or David Sanger) but rather a father desperately trying to figure out how to make ends meet in suburban Cleveland.

Mr. Gelb retired in 1989, but I now had many NYTimes connections. My two years as a copyboy had given me a glimpse of how a newspaper works, how to report a story, and the paramount importance of balance (given that absolute objectivity is an impossibility). The NYTimes had published me, so I wasn’t a complete Homer. I’d learned a standard of writing, of how to report a story; primarily it was thanks to Arthur Gelb, who saw at least enough of me to let me in the door, a job as a copyboy on the night shift, exactly where he’d started.

And that’s how I started. I never set out to be where I am now.

So my advice today, to all of you who ask me "How Do I Become a Food Writer?," I say, do what I did: write about what you don’t know, go where you think it's too hard to get to.

I haven't even gotten to my week in New York City, because there's an actual story here amidst so much else that can happen in New York City in the span of a week. I used to hate the place. But after 25 years, it’s starting to grow on me.