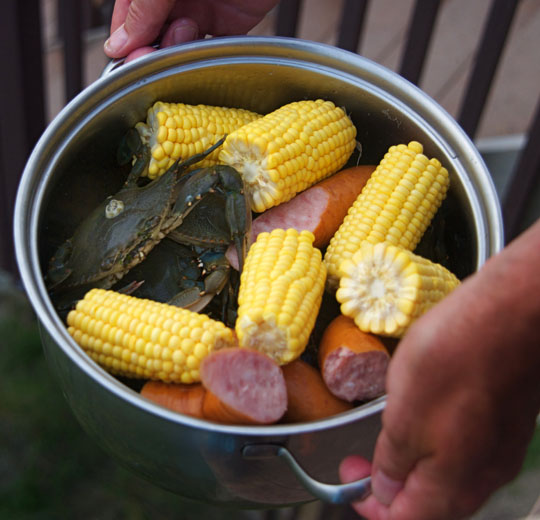 By far the best meal of the summer was our crab boil during our week in Ocracoke.  And like many “best” meals, it was unplanned, a surprise, a gift we were smart enough to take advantage of.  Donna has pals from her native Port Washington, NY, who have houses here, one of whom owns a popular restaurant on this lovely barrier island off the coast of North Carolina (a ferry-ride away from Cape Hatteras). So she found us a swank house on the water where we and friends and Donna's sister and nieces could frolic.

As the sun set, Lester lowered the trap, stuffed with beef heart trim, into the water at the end of the dock.  Within an hour, astonishingly, we had a half dozen crabs.

Within two hours we had one.  The pot was riddled with holes. 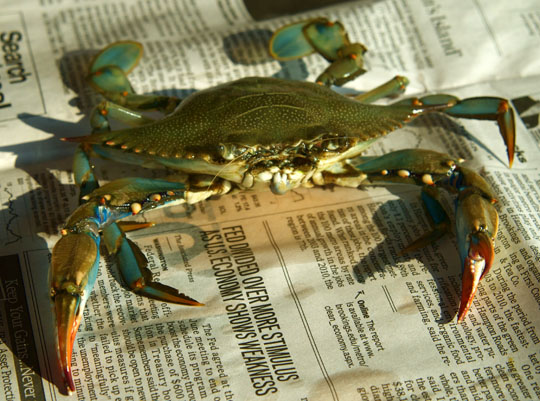 It took some doing, but Lester and his wife Lee, managed to patch the thing just enough and take enough care checking the pot, pulling out crabs as they were caught, over the course of two days to catch than twenty crabs (more if you count the little ones and the egg-bearing mommas we threw back).

Plenty for eight people.  There wasn’t an easier meal to prepare for eight, nor one more fun. That the centerpiece of the meal was wild made made the eating delicious and thrilling. 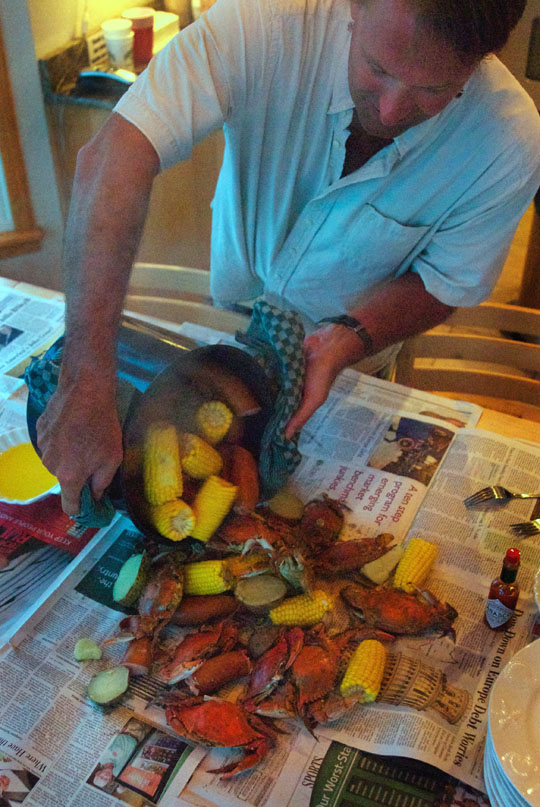 How To Prepare An Easy Crab Boil

The following is more method than recipe as your crab boil depends on how many you’re serving.  The general idea though works for any number of people or pot size.  Of course the bigger the pot the longer it’s going to take to cook.  We used two big pots. The potatoes are sliced and submerged in water so that they cook in the same time as the rest of the ingredients, which steam. But basically the method is throw everything in a pot and cook till done, all there is too it. 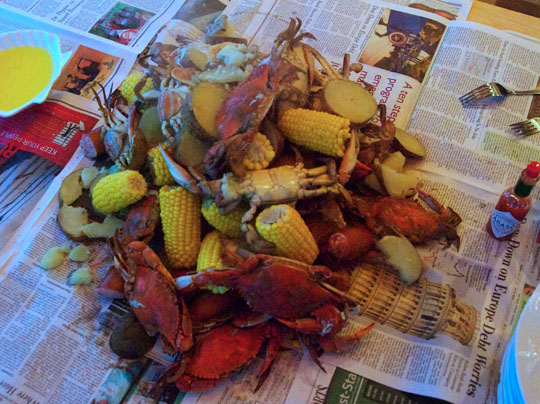 Female and male crab; how does such a design feature happen? 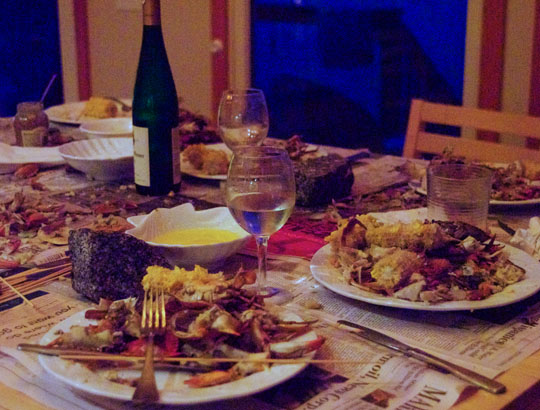 I haven't sat at a happier table than this one in a long time.

If you liked this post on the crab boil, check out these other links: