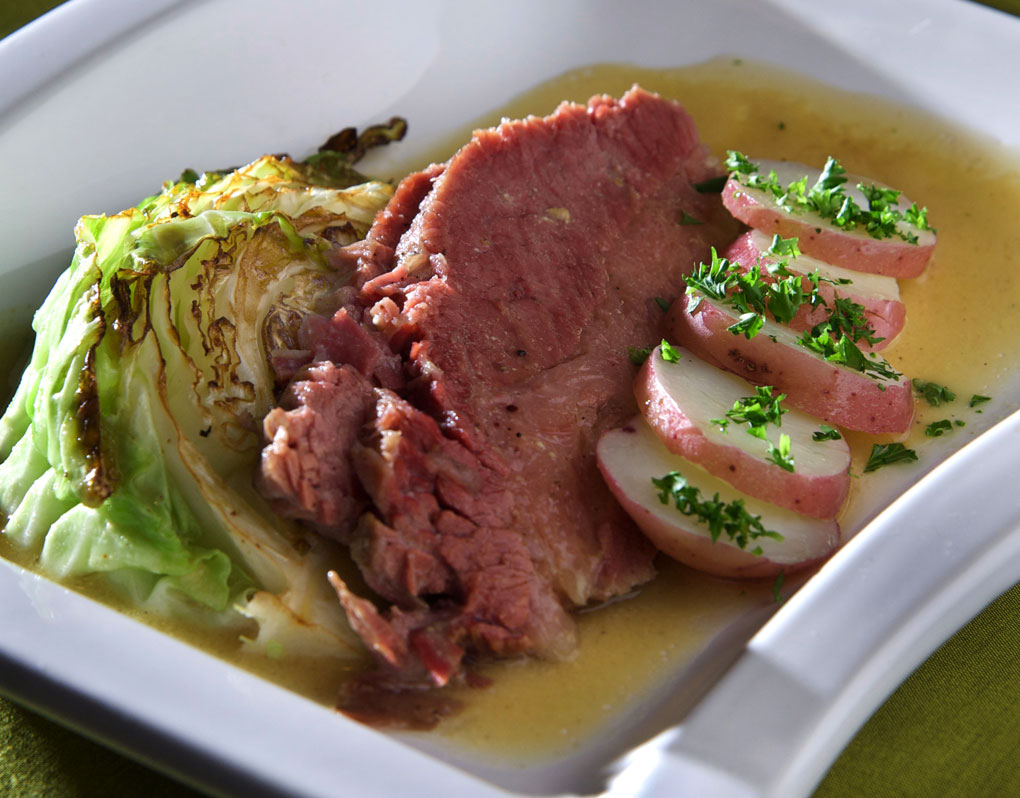 Never pass up an excuse to corn beef. Start now for St. Patrick's day dinner. Or for whenever. The cure takes five days, so plan ahead. I recently got a question about curing it at room temperature. The brine is a nearly 10 percent salt solution, so I imagine it would be fine for five days. Also remember that after it's cured you can keep it refrigerated for about a week before cooking. And you could keep it indefinitely in the fridge in the brine, but you'd have to be sure to cook the salt out of it after.

Any cut of beef can be "corned." (See my pastrami short ribs.) But the best cuts are the tougher, less-expensive cuts such as brisket. The only uncommon ingredient is the sodium nitrite, pink salt, available here and also from Amazon. This is what accounts for the deep red color of the beef and also gives it its distinctive flavor. I think it's important, but it's not necessary from a safety standpoint.

The following recipe is from Charcuterie: The Craft of Salting, Smoking, and Curing. The recipe for corned beef and cabbage, the dish featured above, is here. There's also a recipe for braised cabbage in my book How to Braise.