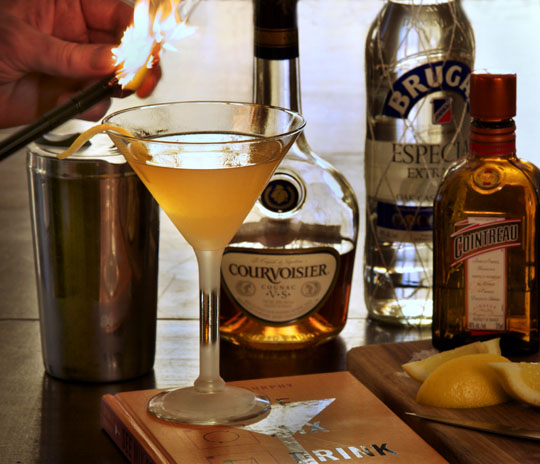 I was, by chance, in the offices of the venerable publisher Little, Brown with Donna a few weeks ago during a surprise trip to NYC, and the editor I was speaking with about a potential book deal mentioned a cocktail book they'd published the previous fall. He described it. I asked, nay, demanded, to see it. He swiveled around, swiveled back, and there it was. A book that immediately pissed me off. "HEY!" I wanted to say, "THIS IS MY TURF! THIS IS RATIOS!" (If you didn't know, I wrote a little book called Ratio: The Simple Codes Behind the Craft of Everyday Cooking. We developed and built a Ratio app for iPhones and iTouches and then we—that is, my friend Will Turnage—built a Ratio app for Android devices.)

Ratios simplify all of cooking. Know a ratio and you know not one recipe, but rather a thousand. The amazing Alton Brown wrote of my book, "It wouldn't surprise me if Ruhlman is forced into hiding like a modern-day Prometheus, who, in handing us mortals a power better suited to the gods, has changed the balance of kitchen power forever."

Now here I was handed a book of cocktail ratios by some guy named Brian Murphy called See Mix Drink, a guide to a hundred contemporary cocktails all broken down into proportions (ratios). I wanted to shout at the editor, "Did you not know I am considered a modern-day Prometheus? I demand you unpublish this blatant rip-off immediately!"

What I actually said was, "I'm really annoyed that I didn't think of this first!" True. I didn't invent ratios or even think about it first. An instructor at the Culinary Institute of America, Uwe Hestnar, told me about his ratios (that's when I first started thinking about them; I dedicated the book to Uwe). Bakers share what they call bakers' percentages (since ratios are especially important in baking). So I fondled the book, enviously and with admiration. This is the cocktail version of my Ratio, and I commend the author. Mr. Murphy, I don't know you, but I bow to you and hope one day to raise a glass to your fine intellect.

In honor of Mr. Murphy, and today's cocktail hour, I've chosen the first cocktail in the book, Between the Sheets. (I've been on a brandy-based jag, what with the chilly fall coming on, but next week we will move on).

Between the Sheets is equal parts brandy, rum, orange liqueur, lemon juice, and a twist. I used Cointreau for the triple sec component; Courvoisier; a new rum for me, the lovely white, dry, cask-aged Brugal rum (sent to me by the company's public relations firm—who was I to refuse?); and lemon juice.

Donna took a sip after shooting these pix and said, "Whoa, that's strong." So its name is apt, suggesting that after one or two of these things you are past the second and approaching the third sheet. Or, it might also refer to where you hope to coax your lover after imbibing this fine creation.

This is an excellent, simple cocktail. Be forewarned: it's as sour as an Aviation, but not uncomplex. I chose to add a little more Cointreau to balance the acidity. Taste it first before adding the ice to the shaker and adjust as you see fit. I also garnished with a twist and flamed lemon zest over the drink (the key to good flaming, by the way, is to hold the flame to the zest for a second or two to get it hot, then squeeze). 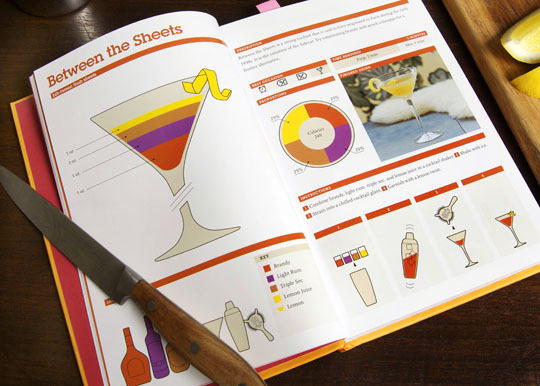 The technical layout of the cocktail Between the Sheets, from See Mix Drink.