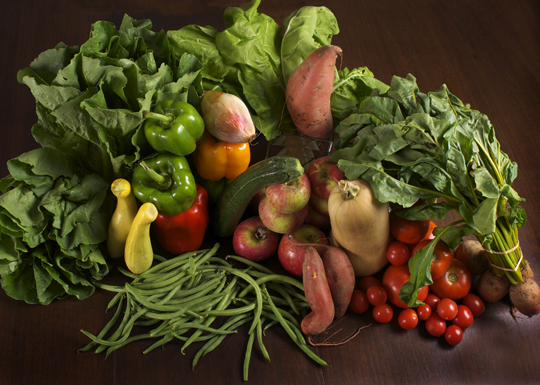 Yesterday was 92 degrees.  This morning was low sixties, with that wonderful slate sky that descends in fall and the chill wakes me up and makes me want to cook.  There’s still corn the farmers market, fat kerneled and juicy, still very sweet, still aching to be baked.  The green beans are getting big and tough and can be roasted (hot oven, chilli flakes, cumin, smashed garlic, 20 minutes).   The chillis are vivid and the jalapeno plant that Donna planted in the spring is loaded down with fat hot ones.  I got a jar of chilli’s pickling, more or less this recipe here out of this awesome book, only I’m going to let set out at room temp to get them fermenting a little before putting them in the fridge.

I’ve got a best friend coming for next weekend and I’ve promised him cassoulet, so I picked up a dozen duck legs to get them curing.  Fall really feels here when I see all those gorgeous duck legs (will post on Monday).

But I read the most disturbing page one Kim Severson story in the NYTimes today saying that people are not eating vegetables, not because they don’t like them but because you have to cook them!  I’m a serious meat eater and devote a lot of this space to my favorite stuff, but I’ve clearly got to spread a little VEGETABLE LOVE!  HELP SPREAD THE LOVE.  Stephen Colbert told congress—hilariously—that we should stop eating vegetables and fruits so that we wouldn’t have to rely on brown skinned people to pick them, and judging from recent obesity figures, he noted, much of America is embracing this movement.  Spread the VEGETABLE LOVE! (Hey, isn't there a great book by that title?!)

How will I use the above veg?  The butter nut squash, diced and sautéed in butter till tender (maybe dust with curry, depending on mood), served with the roast chicken I bought from the duck people at Plum Creek Farm.  The other half I’ll do the exact same thing with, two days later but instead of serving them, I’ll add two cups of chix stock (from the chix carcass on Monday), simmer, zap with hand blender and add some fresh thyme or some thyme I’ve dried.  Salt and pepper, maybe add a little cream or butter, creme fraiche yogurt mascarpone.  Sweet potatoes, could be pie but could be fried or make sweet potato hash, topped with poached egg (btw, they’re actually yams, sweet potato being a brilliant marketing device to sell the gnarly tubersI've been corrected; it was the sweet potato, native to South America, that was called a yam in a marketing ploy in the 1930s McGee writes; I added some, 25 to 30%, to last nights mashed potatoes and they were the best). I'll probably fry them (I did this, too; Donna, who still suffers childhood trauma from sweet potatoes, said, THESE are REALLY good).

See those two monster green leaf lettuces?  They are deadly in a salad, I’ve tried.  Feel like a cow eating them.  So what to do?  Remove outer leaves, and poach them in heavily boiling water for two minutes till tender, drain, slather with soft butter, salt, pepper and cayenne.  Fabulous!

But wait! Tomatoes!  I’m going to salt diced tomatoes and let them sit till they’ve dropped a lot of water.  I’m going to saute this garlic till it's aromatic, add a pinch of chilli flakes, then I'll strain the tomato water into the pan, bring it to a boil, mount half a stick of butter into it, and use that as a sauce for the poached lettuce, topped with diced tomatoes.  That and some toasted baguette is a great vegetarian meal.  An awesome satisfying delicious meal.  (This works great with romaine lettuce as well, beautiful side for fish.)

Leave a Reply to Live to Cook at Home Cancel reply